A sampling of things I have made or am making…

These days I mostly program using Go. I contribute to various open source Go projects and maintain a few useful packages of my own:

I also maintain the Go Cookbook, a collection of useful hints and tips for new and intermediate Go programmers.

I have a couple of longer term Go projects on the back burner, not in a usable state yet:

I like generative art such as this “bent-H”, created by my growth package 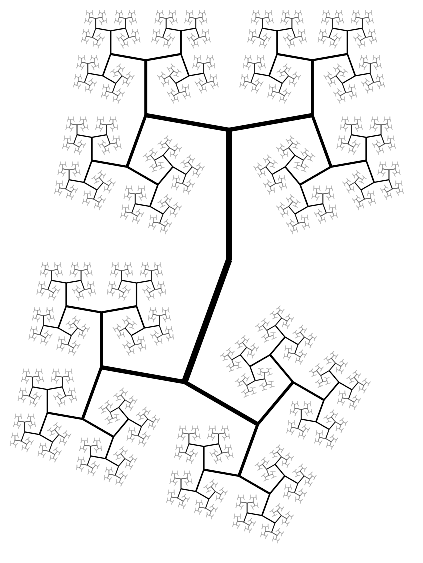 A lot of my projects have been related to making data work on and across the web. I am an advocate of open knowledge and place the majority of my project work in the public domain. Up until about 2012 I was heavily involved in building Linked Data systems. Here are a few of the longer term projects that I still maintain:

I have a special interest in modelling time and history with RDF. Back in 2009 I wrote a 6 part series on representing time in RDF:

Between 2005 and 2010 I published blog posts detailing my thought processes for modelling biographical information under a series titled “Refactoring BIO with Einstein”:

I am a very poor graphic designer, but somehow I managed to create these:

Just to up the geek quotient a little more: I’m an avid board game player. I’ve also been working on a couple of digital games under the moniker of Amberfell

I’m fascinated by genealogy and have a back-burner some-day project to open the world’s genealogical data.